The iMaster in the Automotive Industry: Data Acquisition and Plant Control in Corrosion Protection Centers

In so-called corrosion protection centres, the susceptibility of automobiles to corrosion is systematically tested by simulating the entire life-cycle of a car within a few weeks. In so-called climate chambers the cars are systematically exposed to different environmental conditions (e.g., solar radiation, low temperatures, salt fog, salt mud and salt water). 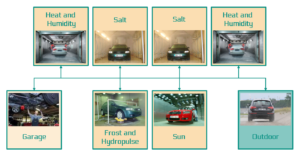 In order to be able to analyze the corrosion behavior of cars, it must be exactly traced when, which car, how long, in which chamber and was exposed to which environmental conditions. The data generated during the processes in the various chambers must be reliably recorded and combined. Our iMaster is used by a large number of German and international automobile manufacturers. 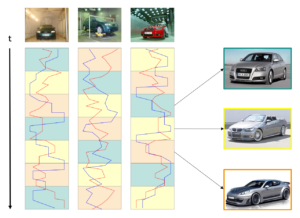 All data is captured fully automatically, merged into a central database and made available to the user in near real-time for analysis. With the web-based user interface, the data can be viewed at any time and from any location. Tables, diagrams, charts and reports can be created. It can be traced exactly when, which car, in which chamber, which environmental conditions was exposed to, and which stations are planned next. 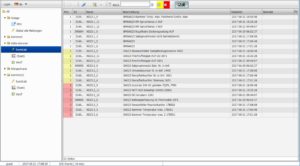 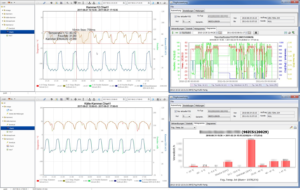 The programmer developed by us, enables users to control the different chambers via a standardized, graphical editor. 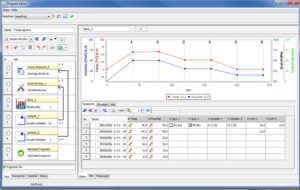 back to overview
We use cookies to ensure that we give you the best experience on our website. If you continue to use this site we will assume that you are happy with it. Learn more in our Privacy Policy » OK